The Knights of Columbus is a fraternal Catholic Men’s Organization founded by Father Michael J. McGivney in 1882 to care for the families of deceased members. Our watchwords are Charity, Unity, Fraternity, and Patriotism.  The Council took on the name of Brunswick to represent all of the people in Northern Medina County including Hinckley, Medina, and Valley City.  We are guided not only by our belief in God and the Catholic Church, but by our belief in each other, and in ourselves.

The Brunswick Council of the Knights of Columbus meets the first Tuesday and an optional third Tuesday of each month at 7:30 in Lehner Center, with a social hour after regular meetings. The officers attend three meetings a month and are involved in most of the programs that the Knights are involved with, which translates to a minimum of six hours per month.

To join the Knights of Columbus, one must be: over the age of 18; male; and a practicing Catholic as defined by the Church. 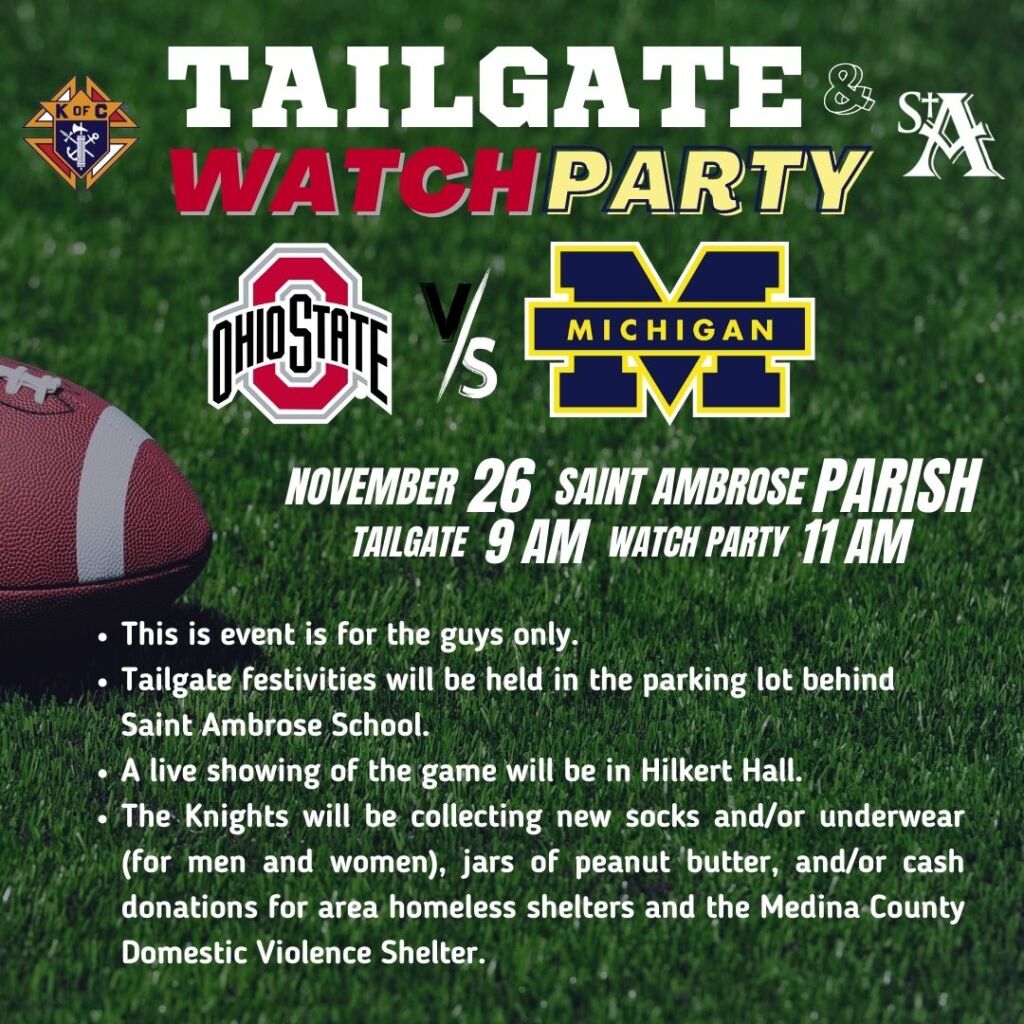 Supporting our Veterans has always been a foundation of the 4th Degree of the Knights of Columbus. Saint Ambrose Assembly 3105 has created a memorial tribute to veterans from each branch of the service. A 3×5 service flag, pole and a memorial base was created for each of the branches and have been donated to the Saint Ambrose School for display and use during events.

Assembly 3105 is allowing 25 name tags per base to be sold at $25.00 each. Net proceeds will be used to support veterans and veteran programs. Assignment of tags will align with branch of service the purchaser wishes. For example, person purchases a tag and wants tag delegated to Army base.

Contact Anthony Comella at 216.501.2899 or ascomella@gmail.com or Ed Kilroy at 330.461.0146 or edkilroy81@hotmail.com with questions or to order. First come, first serve. Thank you for supporting the Knights of Columbus support our veterans.